Ernst Korner (1888-1966) was born in Czechoslovakia and studied architecture in Vienna. He then worked in Sweden and Prague before establishing a successful practice in the city of Ostrava, in the north-east of Czechoslovakia. In 1928 Korner designed the Rix department store in Ostrava, a radical design following strict functionalist principles. With strong white horizontal elements and an open facade with glazed window bands, it demonstrated his confident use of the modernist architectural vocabulary. The Rix department store was badly damaged in an air raid in 1944, and after the war it was demolished.

In 1939, aged 51, Korner fled his Nazi-occupied homeland, emigrating to Australia with his wife and two sons. In Sydney, Korner established a design firm with his brother-in-law Hungarian Kurt Singer. The pair were only able to complete three projects, including Korner’s own ‘white-box’ modernist house in Cremorne (1940), before wartime restrictions on building halted their practice. When building works recommenced around 1948, Korner, now aged in his sixties, did not resume his practice, his career all but ended by the disruption of the war years. Unknown in Australia, his work continues to be celebrated in the Czech Republic.

Below; Korner’s own home in the Sydney suburb of Cremorne, designed in 1940. 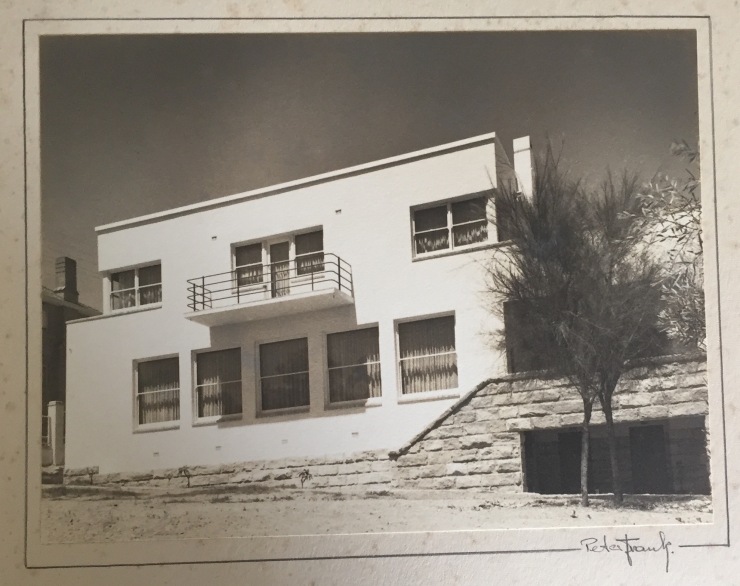 Researcher of architecture and design history, Rebecca curated the 2017 Museum of Sydney exhibition The Moderns: European designers in Sydney and edited the book The Other Moderns (New South Press, 2017)

This is a text widget, which allows you to add text or HTML to your sidebar. You can use them to display text, links, images, HTML, or a combination of these. Edit them in the Widget section of the Customizer.
Loading Comments...
%d bloggers like this: